We are glad to announce that Jatun Risba will spend their summer in S of italy, doing a 2-months artist-in-residence program at STEAM Atelier in Lecce (LE) under the title: “The care of self and dancing comunities in the contemporary, technological world”. During this period, the artist will develop, in coproduction with the hosting organization, two new intermedia works: Mpasturavacche and Heallo.

The immersive one-to-one performance Mpasturavacche will be first presented at the Artperforming festival at Galatina (LE) on the 5th of July and then again, in the first days of August, at the artist-run festival OutsideininsideoutinsideoutoutsideiN on the border between Germany and Czech Republic.

Risba will take part also in the Artperforming festival in Napoli. Starting on the 27th July morning, the artist will enact the work Excercises in Dying for 24-hrs, in a different set-up and agenda than in the year 2017.

The intermedia work Heallo, which takes the form of a technology and sensory augmented happening, will be developed throughout the whole period of the residence at STEAM  Atelier in collaboration with a number of professionals working in different fields and launched at the art festival Pixxelpoint 2019 on the 21st of November in Nova Gorica, Slovenia. In parallel to the work on Heallo, Risba will use their residency in Salento (Apuglia) to do a field study of the ancient dance ritual of “Tarantismo”, a social and anthropological phenomena that is now celebrated, through spectacularization, at “La notte della Taranta” festival.

Finally, in the last days of August, Risba will travel to Strasbourg to attend the ladiyFEST #2, the festival ki* attended already last year with the actio, installation and workshop Not an Adolescent Girl. This year, the artist will enact the intermedia performance Mpasturavacche and facilitate a somatic workshop “Possession dance. In, out and beyond self”.

*Jatun Risba uses the pronoun ki, to set an impartial tone where the existence of all living beings within an animate is acknowledged and praised.

On the 18th of March, Jatun Risba held a performance lecture “Trance in Art” at the University of Strasbourg.

The lecture was part of the Interdisciplinary Seminar “Choremanies: gestural, emotional and sonic contagions” that looked at  the dance epidemic of 1518 from different angles and accross disciplines (history, history of medicine, studies of emotions, neuroscience, history of dance and performative practices). Through a series of professional guest interventions, the seminar allowed first-year Master of Arts students to question the discourses, norms and social practices that are emerging through this historical episode.

Self-hypnosis demonstration during the performance lecture by Jatun Risba

Join the first course of Hypnotic Dance in the lovely city of Strasbourg, France on Saturday 23rd and Sunday 24th of March. The course will be held – same schedule and costs – the coming weekend (30th & 31st of March) in Milan. Reserve your place at jatun.risba@gmail.com.

In November 2018 Jatun Risba moved to London and started a self-directed research residency at Live Arts Development Agency – LADA about the use, role and technique of Trance in Contemporary Live Arts, as well as a Diploma course in hypnotherapy with Dr. John Butler at the HTI. Hypnotherapy Training International.

In February 2019 the work Not an Adolescent Girl will be part of the art exhibition Stand for Girls, curated by Elisabetta Longari, at Fabbrica del Vapore, Milano. In July and August 2019, Risba will be an Artist in Residence at the STEAM Atelier in Lecce for a field research about taranta and the production of a new performance-based intermedia work ‘Heallo’. Jatun Risba was invited to participate at the Artperformingfestival, curated by Gianni Nappa, that will be held at PAN Palazzo delle Arti Napoli between the 20th of July and the 2nd of August 2019. 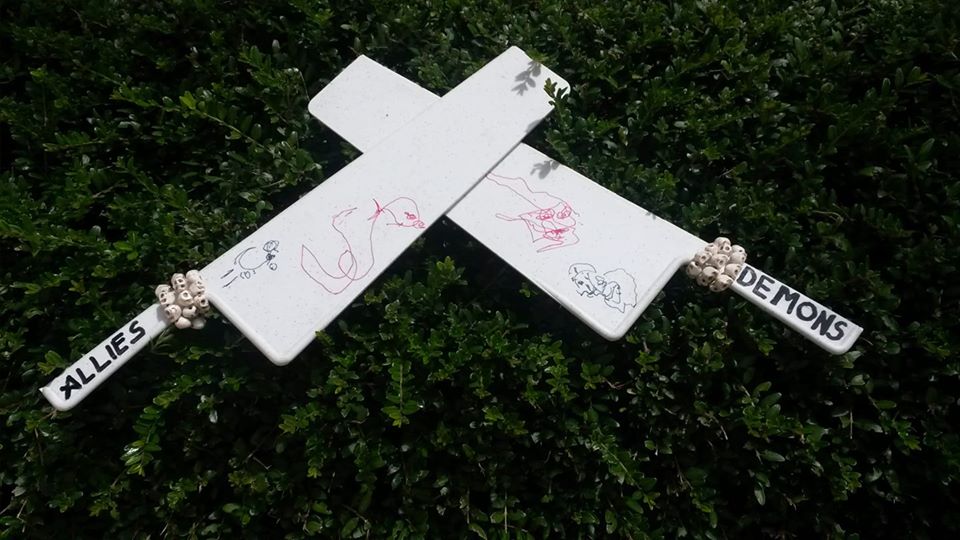 Jatun will return to Strasbourg, France in March to give a performative lecture at the University of Fine Arts about trance and to lead a workshop of Interesse dance.

In November 2019, the work ‘Heallo’ will be launched at the 20th edition of the Festival of Contemporary Art Practices PIXXELPOINT 2019, curated by Peter Purg, in Nova Gorica.

A new Arts of Self work by Jatun Risba that nurtures and nourishes the spirits of oppressed adolescent girls beyond past and present. The first presentation of the project will occur at LaDIY*fest in Strasbourg, France as follows:

+ PERFORMANCE (live actio) When : 1st of September from 7pm Where : 10 amant-e-s d’Or
The aim of the workshop is to collectively address the demons of adolescence − powers, energies, social constructs and behavioral patterns − we were subjected to in our puberty. After an open dialogue about our teenage experiences, the participants will go through the process of Feeding your demons, developed by Lama Tsultrim Allione, in order to embody, feed and free the manifested energies.

The live actio will be streamed on the project’s fb page. Like the page to easily follow the updates of the project.

Know thyself was an art intervention held on the 21st of May 2016 in the EU Parliament building in Strasbourg. Read the PR of the performative action here.

STRASBOURG, FR, – May 21, 2016 – In the Hemicycle of the EU Parliament, during the Closing Plenary Session of the European Youth Event 2016, Artist of Self Jatun Risba carried out the art intervention Know thyself claiming the necessity for a more embracing, supportive and compassionate society founded on the awareness of the Interconnectedness of All Life.

Those present in the Hemicycle were exposed to an intervention of the  Movement & Vocalization Awareness Practice called INTER-ESSE (Latin for “to be in-between”): a self-cultivating activity that fosters well-being and creativity while promoting social integration and empathy.  By revealing the liminal expressions of the thinking body − movement, gesture, voice and contact in the functioning of the autonomic nervous system, at the level of the limbic system[1] − the art intervention in the EU Parliament aimed to destigmatise social constructions of awkwardness and the “fear of Otherness” that indeed, Risba states, – : “[…] arises from the fear of the other within ourselves and from the fear of nothingness of individual self.” The performative action was held on the 21st of May – World Day for Cultural Diversity for Dialogue and Development – for a reason; its message being that a genuine dialogue with others can emerge only after we dare to acknowledge and listen to our selfless embodied consciousness without fear.  It is the fear that ultimately creates violence and oppression.

KNOW THYSELF MANIFESTS THE DESIRE OF EUROPEAN YOUTH TO LIVE A FREE, INFORMED, HEALTHY, ACTIVE AND RESPECTFUL LIFE, WHILE RECOGNIZING THE CRUCIAL NEED OF BEING PART OF A SANE SOCIETY IN ORDER TO FULLY ACHIEVE IT. This is why Know thyself supports the claims of the March against Monsanto for the boycott of Genetically Modified Organisms (GMOs) and all harmful agro-chemicals AS THERE IS NO CURE IF NOT WITHIN THE SOCIETY ITSELF.

The Inter-esse performance can be seen as the dance of the “homo sacer“[2], as it encompasses both the sense of the “hallowed” (the Inter-esse practitioner is someone who operates outside the fiction of autobiographical self and their social status) and that of “cursed” (the boundaryless self has been expelled from (post-) industrial societies through the modern concepts of insanity as mental illness and of health and self as personal properties).

About Artist of Self Jatun Risba

Jatun Risba is the pioneer of transformative art practices named Arts of Self, a body-mind researcher and performer. Arts of Self is a metaartistic proposal that promotes the use of self-cultivating technologies (“arts of self”), which disclosure and enforce human innate capacities in order to produce personal and collective self-empowerment. The website of the Arts of Self’s initiative can be found at www.artsofself.com.

[1] A group of interconnected structures of the brain including the hypothalamus, amydala, and hippocampus that are common to all mammals, and are associated with emotions such as fear and pleasure, memory, motivation, as well as with the release of endorphins , body’s natural opiates, and various autonomic functions.

[2] Homo sacer (Latin for “the sacred man” or “the accursed man”) is a figure of Roman law: a person who is banned and may be killed by anybody, but may not be sacrificed in a religious ritual. More on the subject can be found in Giorgio Agamben, “Homo Sacer: Sovereign Power and Bare Life” (1998)