On Ash Wednesday, 1st of March 2017 from 12 to 24 o’clock, you are invited to the performative event Exercises in dying at Klub K4 at Kersnikova 4 in Ljubljana, Slovenia. You can follow the Facebook page “Exercises in dying”, where the video of the performance will be broadcast live and also available for commenting. 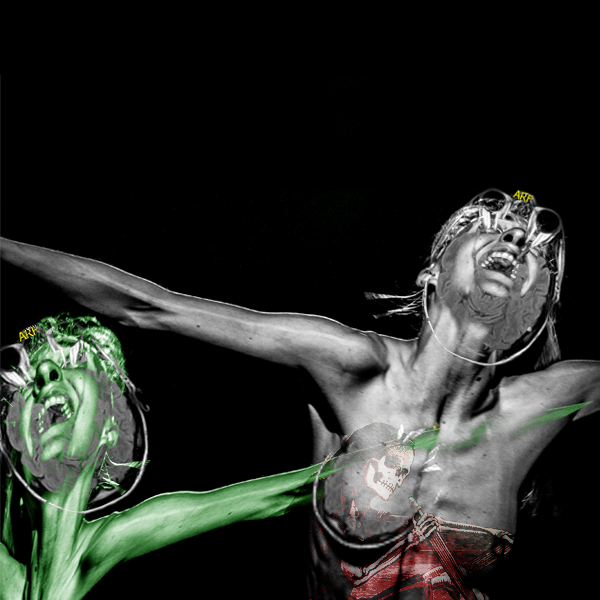 In the interim stage of the project ‘MRI MS’, the artist Jatun Risba will perform a long Inter-esse performance, in which she will walk through the physical, aural and psychological stages of herself in order to deconstruct and liberate the self. The Inter-esse (from Latin interesse: ‎’to be or lie in-between’, also ‘to go beyond the self’) performative practice explores liminal forms of the thinking body – movement, gesture, voice, breath, and contact – in the functioning of the autonomic nervous system, at the level of the limbic system.The limbic system is the phylogenetically older, mammalian part of the brains that takes care of motivation, memory, emotions and willingness to study.

The twelve-hour performance of Jatun Risba is a challenge of physical & mental endurance and a trans-individual experiment in movement, emotions, and interaction, which manifest in the process of psychological dying. The aim of this action is to forget the known from the past – cognitive and behavioral conditioning, fear and sadness – for a new, fresh start.

Project is supported by Ministry of Culture of the Republic of Slovenia, Municipality of Ljubljana and Student Organization of the University of Ljubljana.

On the 14th of February 2017 Jatun Risba participated at Frikšn Bar #7: Impossible = I’m possible, the regular Art & Science Café event in Ljubljana in the redaction of Kapelica Gallery, Rampa Lab and BioTehna.

The starting point for the seventh Frikšn bar is the upcoming art project by Jatun Risba, where she deals with the autobiographic story of her détour with multiple sclerosis.

In the discussion we will question the ability of an individual to self-organise for a better internal structure and the effect of this process (‘self-care’) on changing society. Can we be healthy in an unhealthy society? Who is the ‘me’ who falls ill and can we heal ourselves? What are the requirements for healthily inhabiting a thinking body and what is the power of art when creating our own self? The work of the artist Jatun Risba is steeped in the study of the unconventional techniques of the body and she will look for answers to these questions together with guests: dr. Blaž Koritnik and Andrej Detela.

Photos of the event: →